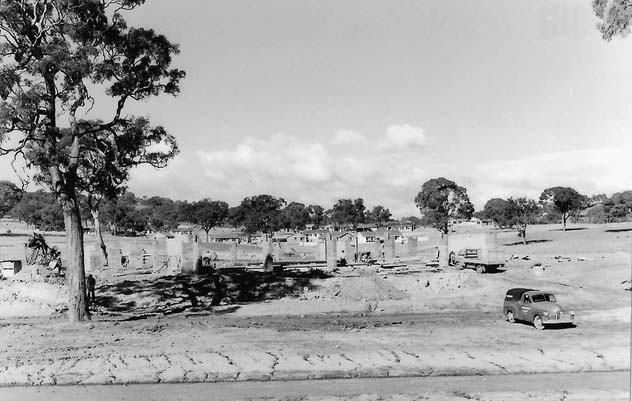 Garran Primary School has a rich history that is closely interwoven with the local community. The National Capital Development Commission designed the suburb of Garran so that it was centred on “an infants-primary school and retail centre”. This feature from the 1960s plan for the suburb is one that we continue to value today, with Garran Primary School being a cornerstone in the heart of our community.

Construction of the School began in 1965 and was completed in time for the first day of School in 1967. In its first year of operation, the School’s 153 students had the use of eight classrooms, a library, craft and sewing rooms, medical and dental accommodation, and a School Hall. In its second year, an additional building with eight classrooms and a general purpose room was built.

Within a few months of the School opening, the Garran Primary School’s energetic P&C was established and had organised a “Getting to know you” dance for parents in the School hall. As Garran was a new suburb, with many families having recently moved to Canberra from other parts of Australia and abroad, the dance was a great way to share stories and forge new friendships.

Similarly, the School was a central meeting point for the greater community in the early years of the suburb. The School hall was used by the community for a variety of purposes including church services, mothercraft clinics, the 1st Garran Boys Scout troop meetings, and even the Scandinavian Australian Club annual event, Lucia.

Since 1967, the Garran Primary School Fiesta has been a regular highlight in the School and community calendar.

The founding Principal, Mr Tom Mallet, and his staff established the School’s sound reputation for high standards and excellence.  Over the decades, our School has continued to grow, develop and maintain its reputation for excellence in education through continually evolving teaching practices with strong leadership and expanding opportunities provided to students.

In 2017, Garran Primary celebrated 50 years of educating hearts and minds with gala events that brought together our diverse and supportive community.

Today there are over 660 students enrolled with students from sixty-seven different countries attending the school. This diversity and the rich history of the school continues to be valued and celebrated.